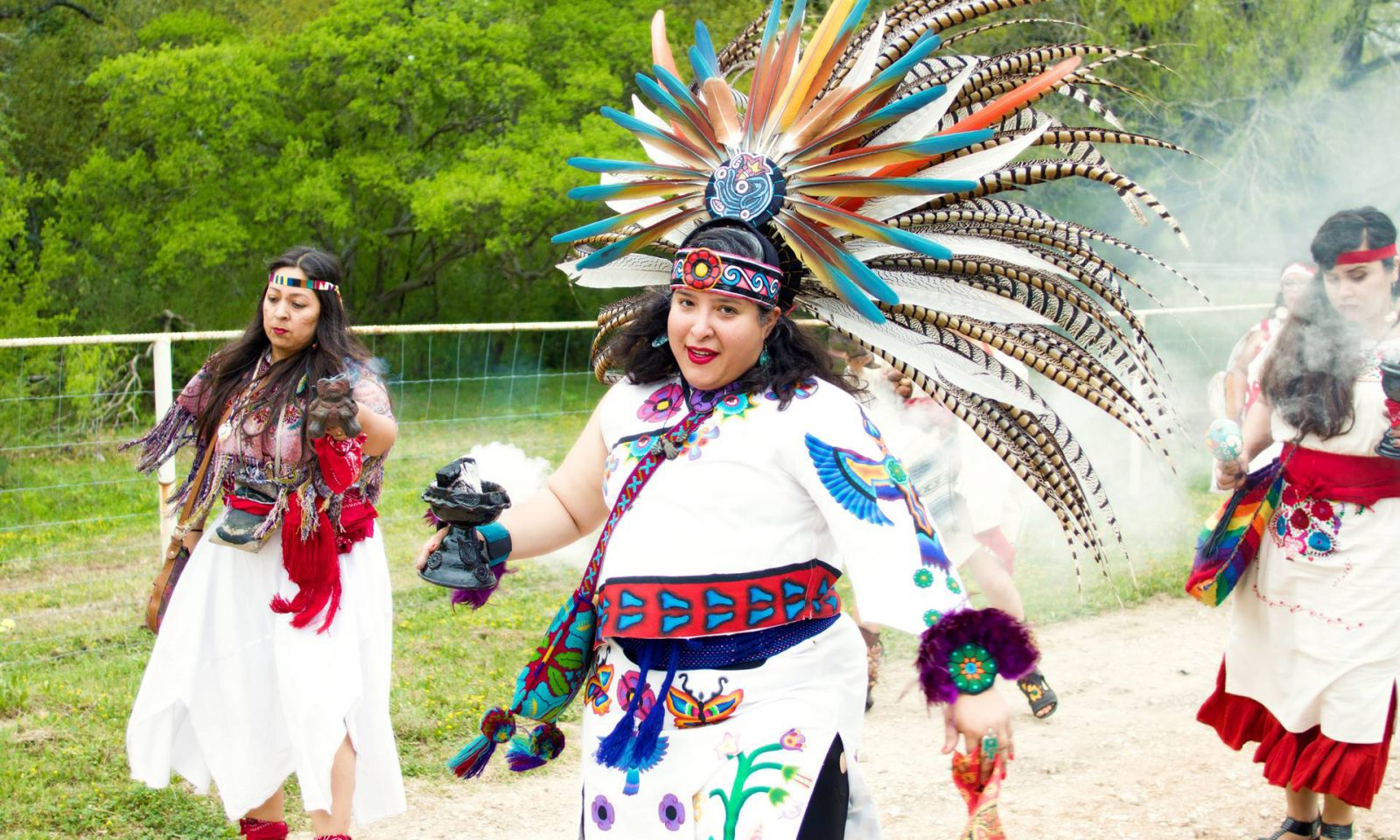 Karla migrated with her parents from San Salvador, El Salvador to Houston, Texas in 1983 as part of the wave of Central American immigrants fleeing a regional Cold War and it’s resulting economic destabilization.

A deeply Salvadoran, Spanish-only childhood and wildly multi-cultural adolescence fostered a passion for cultural appreciation and preservation. Having never lived in a white-majority space until 26, allowed Karla to value the depth of meaning in cultural symbols, social relationships and resulting economic structures. This analysis would continue to mature as a change-making professional, always employing a “Cultura Cura” (culture heals) approach to heavy social issues including anti-war organizing, comprehensive immigration reform, youth advocacy, and currently, Indigenous sovereignty.

In 2001, she began exploring her Native heritage as a traditional ceremonial dancer in the artform of Danza Azteca-Chichimeca. The increasing gravity of this transformation pushed her from community organizing towards a cultural reconquest of the hearts and minds of de-tribalized communities. She continues her student as a Danzante of the Nahua tradition, and is an enrolled member of the Tap Pilam Coahuiltecan Nation and it’s Auteca Paguame tribe where she supports the ongoing reversal of extinction that the Missionization process generated in what is present-day San Antonio.