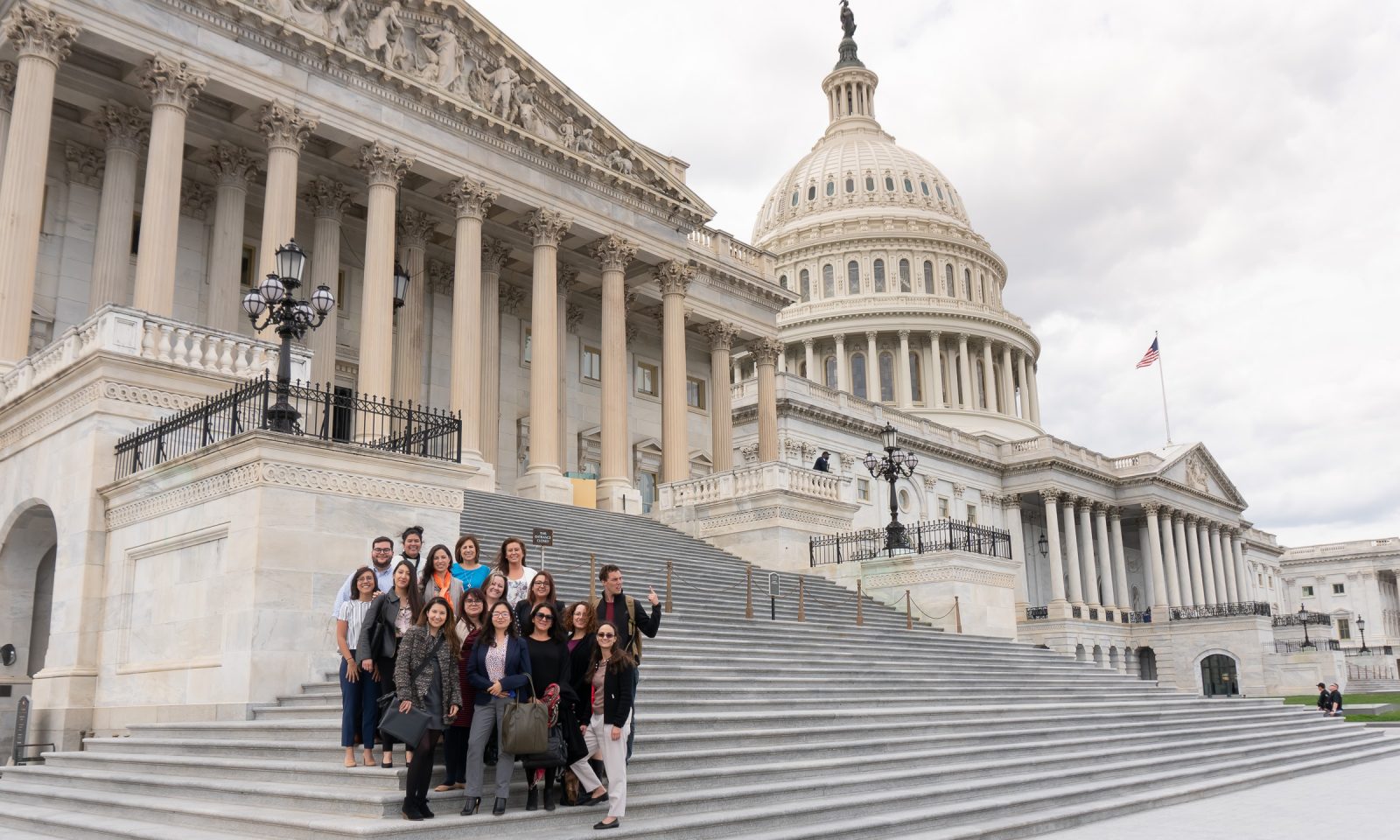 Eight years ago, the NALAC Advocacy Leadership Institute (ALI) was born as a response to the lack of representation when it came to people of color shaping arts policy. Since then 86 artists, arts administrators and culture bearers have graduated from the program and continue to lead proactive efforts in their communities. This past April, 13 Fellows participated in the ALI, spending three days on the ground in Washington, D.C. following a two-month virtual curriculum.

With their elevator pitches and strategies in mind, Fellows set off for meeting with lawmakers and staffers on the Hill. Because of the work of our Fellows and arts advocates like them across the country, the U.S. House Interior Appropriations Subcommittee has proposed funding the National Endowment for the Arts and the National Endowment for the Humanities at $155 million for fiscal year 2019, a $2 million increase.

Notably, this year’s institute culminated in a reception at the Library of Congress honoring Rep. Lloyd Doggett (TX) and Rep. José E. Serrano (NY) with NALAC Congressional Arts Leadership Awards in recognition of their steadfast support for Latino arts and cultures. The awards themselves were framed photographs of hummingbirds taken by San Antonio-based photographer Luis M. Garza. In his remarks, Rep. Doggett recognized the significance of the arts and reflected on the political climate in Washington, saying, “In a city that has had very little good news to offer the world and the country recently, tonight really is a good news story.” 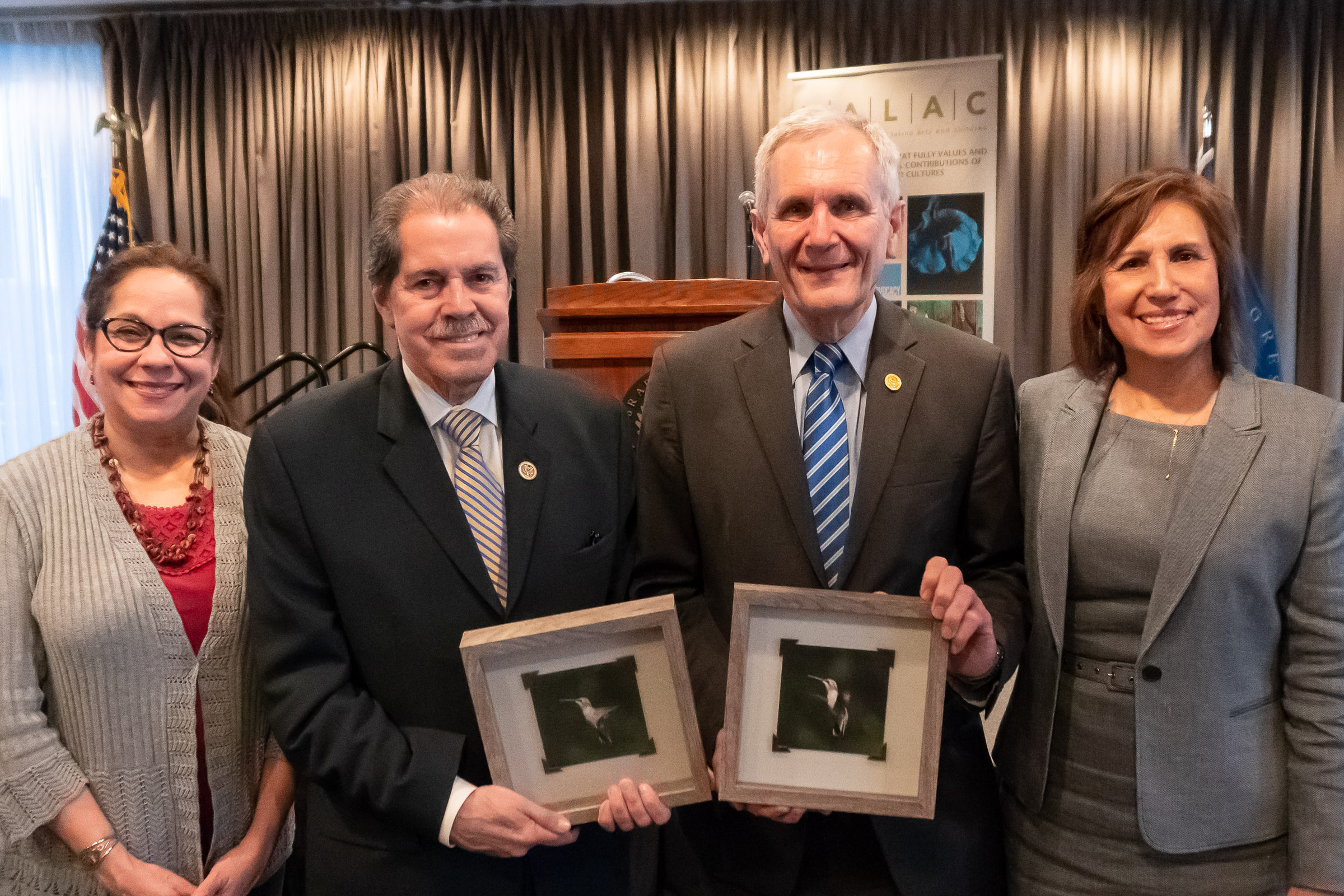 This year’s agenda included a guided tour of the Smithsonian’s National Museum of African American History and Culture. Led by Latinx Studies Curator Ariana Curtis, the visit highlighted how the museum reflects Latinidad through an African American lens. The tour was followed by a panel on curatorial perspectives that included Curtis as well as Josh T Franco, National Collector at the Archives of American Art, and Taína Caragol, Curator for Latino Art and History at the National Portrait Gallery.

Throughout the program, Fellows promoted national priorities outlined by NALAC including support for Dreamers and DACA. Thousands of Dreamers are artists and part of the creative sector contributing to the cultural economy in cities and towns across America. Fellows also advocated for personal priorities stemming from their work and communities. Learn more about the Fellows below.

View Photos from the ALI 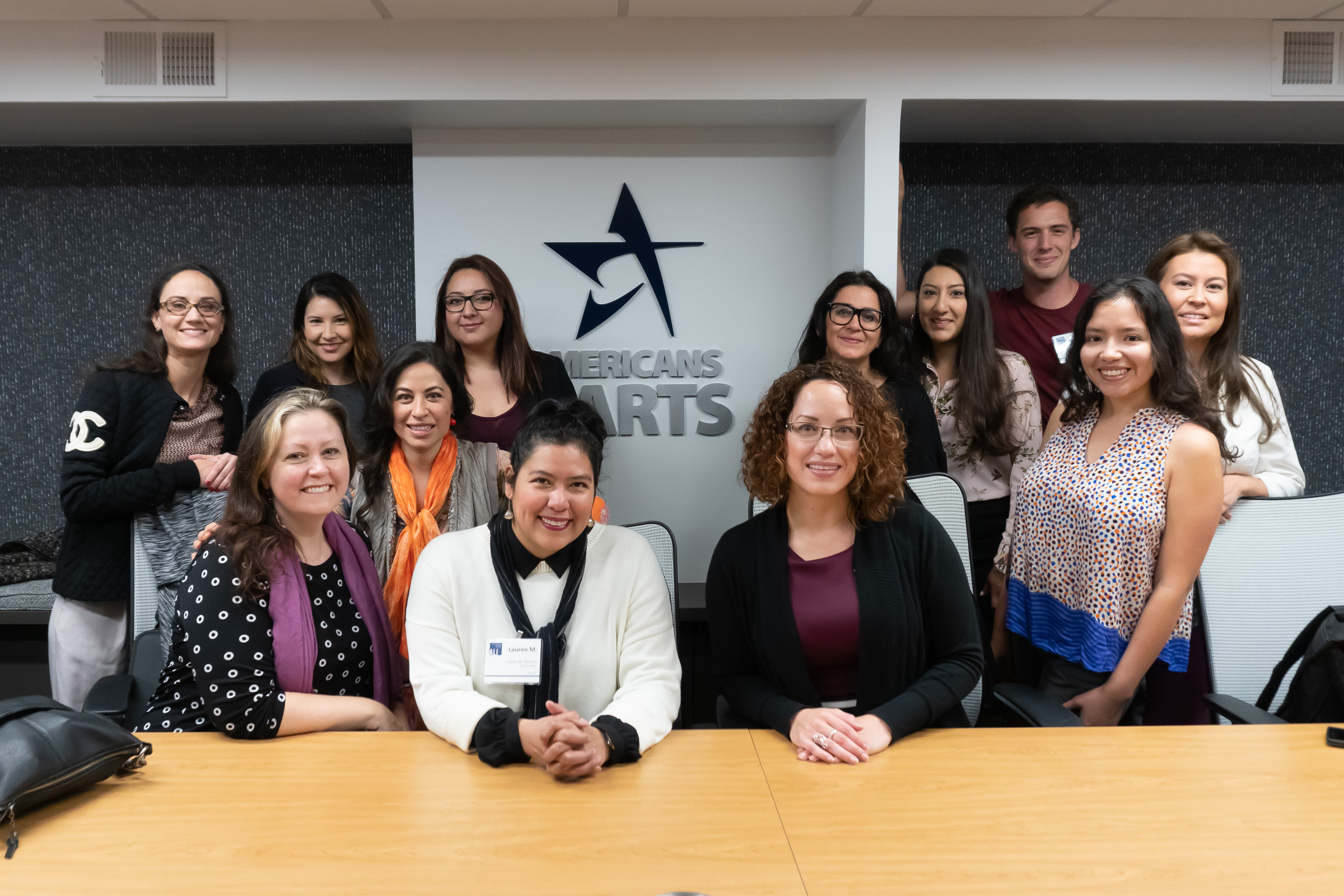 Rocío Aranda-Alvarado is an art historian and curator. She worked at El Museo del Barrio where she organized numerous exhibitions from 2009-2017. Prior to this, she was curator at Jersey City Museum, from 2000-2009. Her primary focus is on contemporary Latinx art and visual culture.

Amanda Cortés is a cultural worker, mediator and advocate for social justice through the arts. She works toward community empowerment through multidisciplinary creative processes. Amanda is a Staff Assistant in Chicago’s 22nd Aldermanic Ward. She also works with Latinx art collectives on strategic planning and is part of the Chicago ACT Collective.

Connie Fitzpatrick is an artist and community organizer. She is a founding member of Lawrence’s Women of Color Collective. Connie, was recently awarded a Rocket Grant supported by the Andy Warhol Foundation for her project, which will celebrate the stories of local women of color in a new public mural.

Adriana Gaviria is an actress, voice-over artist, writer and creative producer. She is founding member and artistic producer of The Sol Project, HowlRound World Theatre Map ambassador and serves on the 50 Playwrights Project Advisory Board and Parent Artist Advocacy League and Latinx Theatre Commons steering committees. She embraces the human spirit and aims to empower, inspire and build community through her work.

Olga Granda is a Miami native, cultural and social entrepreneur. She is a graduate of the Harid Conservatory and Davidson College. As a dancer she performed with the Miami City Ballet and the Royal Ballet at the Metropolitan Opera House, Lincoln Center. After managing and directing a renown antiques and art gallery, Olga co-founded an online marketplace for antiques and art designed to help the antiquated industry compete in the digital world. Pursuing a new challenge aimed at combining her experience in the arts, business, and historic preservation with her passion for social impact, Olga is committed to the creation of world-class theater in Miami as Miami New Drama’s Executive Director. Olga is fluent in Spanish, French, and Italian, and is the proud mother of three children.

Alicia is a current graduate student at the University of Texas at Austin and a former high school art teacher. She is an Immigration Hotline Coordinator based in central Texas, and she is involved in brining ethnic studies to the Austin Independent School District. Her work as an educator, organizer, and artist seeks to give voice to those who have been outcast. Her Mexican identity and the struggles she overcame as a daughter of immigrant parents are the roots for what she does in the community. Her goal through the arts is to empower young children to become social leaders for justice and change.

Anishinaabe Multidisciplinary Artist Hillary Kempenich utilizes her work, cultural upbringing, and knowledge to educate, to engage in freedom work, and create bridges for communities. Raised on the Turtle Mountain Reservation, Kempenich is an artist and culture bearer, who advocates for better arts, educational, healthcare and cultural standards. Kempenich works to promote creativity for both artists and non-artists in both public and private spaces, while being inclusive to all.

Bernardo Mazón is a born and bred borderbrat from Chula Vista, California. He recently graduated from San Diego State University in double honors for Literature and Theatre Performance, finished a professional residency at the Oregon Shakespeare Festival, and devotes himself to building a home for Latinx actors in San Diego.

Lauren M. Pacheco is an arts and culture practitioner with 15 years of professional experience in arts administration, curation and project management. Her experience is grounded in social practice and public engagement. Lauren has become a resource to policymakers and has helped engage in the public dialogue about issues that impact artists and creative enterprises while working hard to bringing the arts to a broader audience and bridge cultural sector programming.  Pacheco is co-founder of the Chicago Urban Art Society and the Chicago Lowrider Festival. In 2011, she developed and curated the award winning public art initiative, Art in Public Places along the 16th street viaduct in Chicago’s Pilsen community. In September 2017, Lauren won a public art grant from the Knight Foundation and will transform outdoor vacant space in Gary, Indiana into a walkable, art-park.  Lauren holds degrees from Northwestern University, School of the Art Institute of Chicago and, the University of Illinois at Chicago.

Isha Renta was born and raised in Ponce, Puerto Rico but it wasn’t until she moved to Washington, DC that she learned about the Afro-Puerto Rican genre of ‘bomba’. She began her training in 2007 with ‘Raices de Borinquen’, as her interest and passion for this genre increased. Isha founded and now directs ‘Semilla Cultural’ (Cultural Seed), a non-profit organization shaped by a great team of volunteers that educates about Puerto Rican bomba through workshops, classes and performances. Isha is fully committed to preserve and disseminate her culture to empower the communities while she continues her development in this field.

Teatro Vivo | The University of Texas at Austin (Austin, TX)

Roxanne Schroeder-Arce is Associate Professor of Theatre Education (UTeach Theatre) at the University of Texas at Austin Department of Theatre & Dance. Aside from her teaching, Roxanne is a scholar, director and playwright. She has published several articles and plays for young people.

B.A., B.F.A., M.B.A. Yancy Villa-Calvo was born in Mexico City and has lived and traveled in Latin America, Europe, and Africa. Through multimedia work she seeks to create awareness, provoke a thought and engage into conversation on issues of social justice and equality. Her work is displayed in private collections in the US, Mexico, Netherlands, Brazil, and Israel.