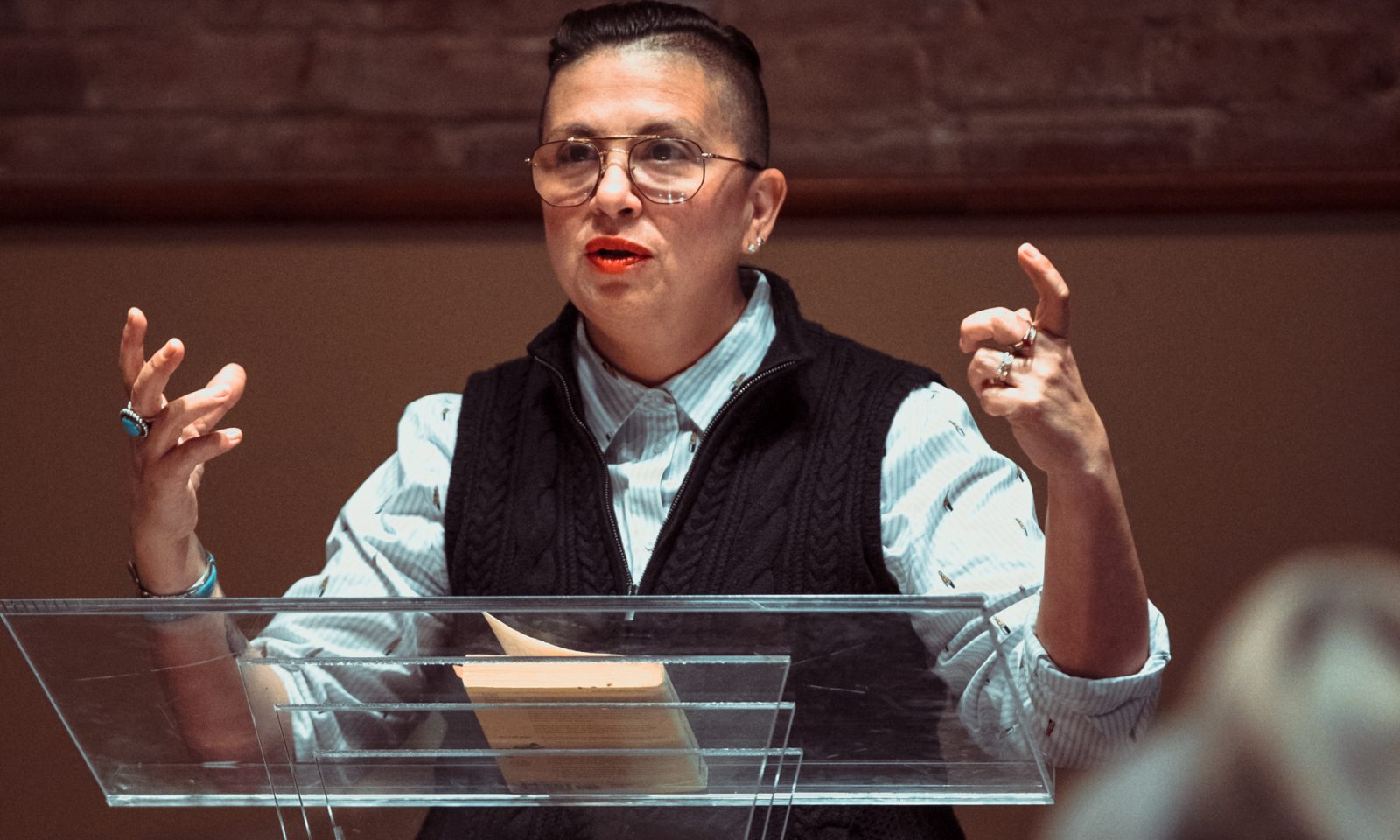 Anel I. Flores is a lesbian, queer, woman story-maker. Her work manifests itself as drawings, chapters, and poems, as a continuation and evolution of the conversations started by the Xicana movement in art and literature, now infused by latinx, transfeminism, intersectionality, queer politics and resistance. As a cultural producer, Flores is driven by a sense of urgency to record and create queer visual and literary work as a continuous reflection and questioning of self-representation, aiming at discovering and recovering the history, dynamics, and complexities of relationships with others, self, memory, future the present. Flores is co-editor of forthcoming Jota Anthology with Korima Press and author of Lambda literary award nominated book Empanada: A Lesbiana Story en Probaditas. Among various anthologies and magazines, Flores’ work can be found in Camino Real , the Fifth Wednesday Journal, RiverSedge Literary Journal, Entre Guadalupe y Malinche: Tejanas in Literature and Art, Queer Spiritualities, Rooted: A Queer Women of Color Anthology and more. Her artwork and theater productions have been featured in galleries, homes, libraries, and streets throughout the world. Although her awards are many, one of her proudest moments was being honored with the award of “Best Author,” by her beloved city, San Antonio.