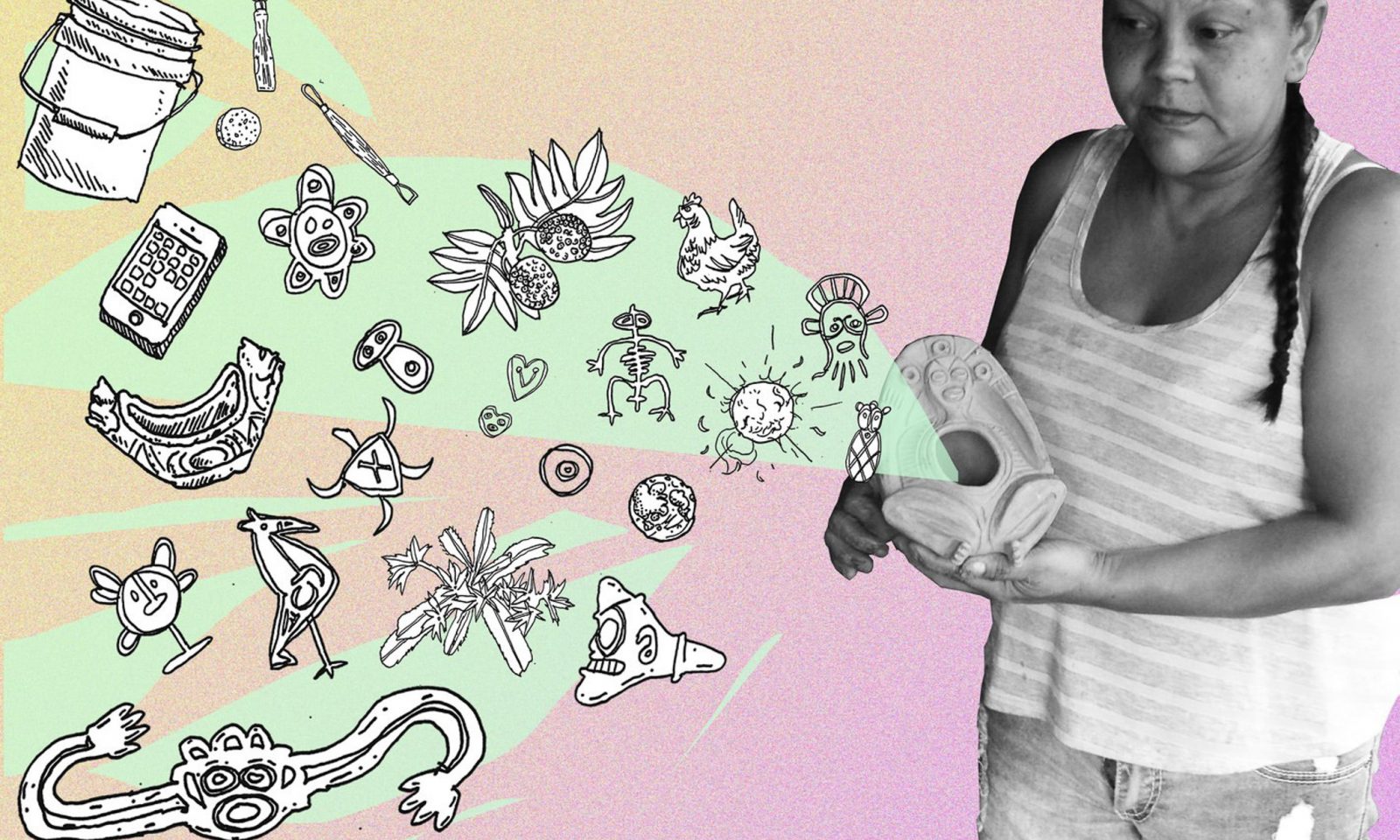 I’m an interdisciplinary artist working primarily in illustration, text, photography and video. My practice is guided by research on ethnobotany and indigenous mythology, history and plant knowledge. I have led in the past three years an independent investigation under the name of “la recolecta” with collaborating artist Natalia Mu–oz-Paraliticci that studies the potential of local wild plants for food, medicine, and as raw material for craft or construction. We have collaborated with educators, botanists, chefs, artisans, activists and other artists in the island by fascilitating workshops and creating low-cost publications to preserve/disseminate plant knowledge. My personal practice also embraces making zines that touch on the above mentioned topics, but with a more non-linear, oneiric and poetic approach. Both my collaborative and personal practice are guided by this belief: living diversity in nature corresponds to living diversity in culture, as activist and ecofeminist Vandana Shiva states in her book “Monopoly of the Mind” (1993). As Puerto Rico faces an ever-worsening food and financial crisis due to its colonial import-dependent economy, my focus is to acknowledge the diversity and potential of the immediate landscape as a means of empowerment and self-sufficiency. This includes recognising and preserving indigenous knowledge that has been erased by colonialism, a system of knowledge that understands how to collaborate and subsist from the wild landscape. Part of this erasure has also been propelled by the myth of indigenous extinction in the island and the Caribbean.