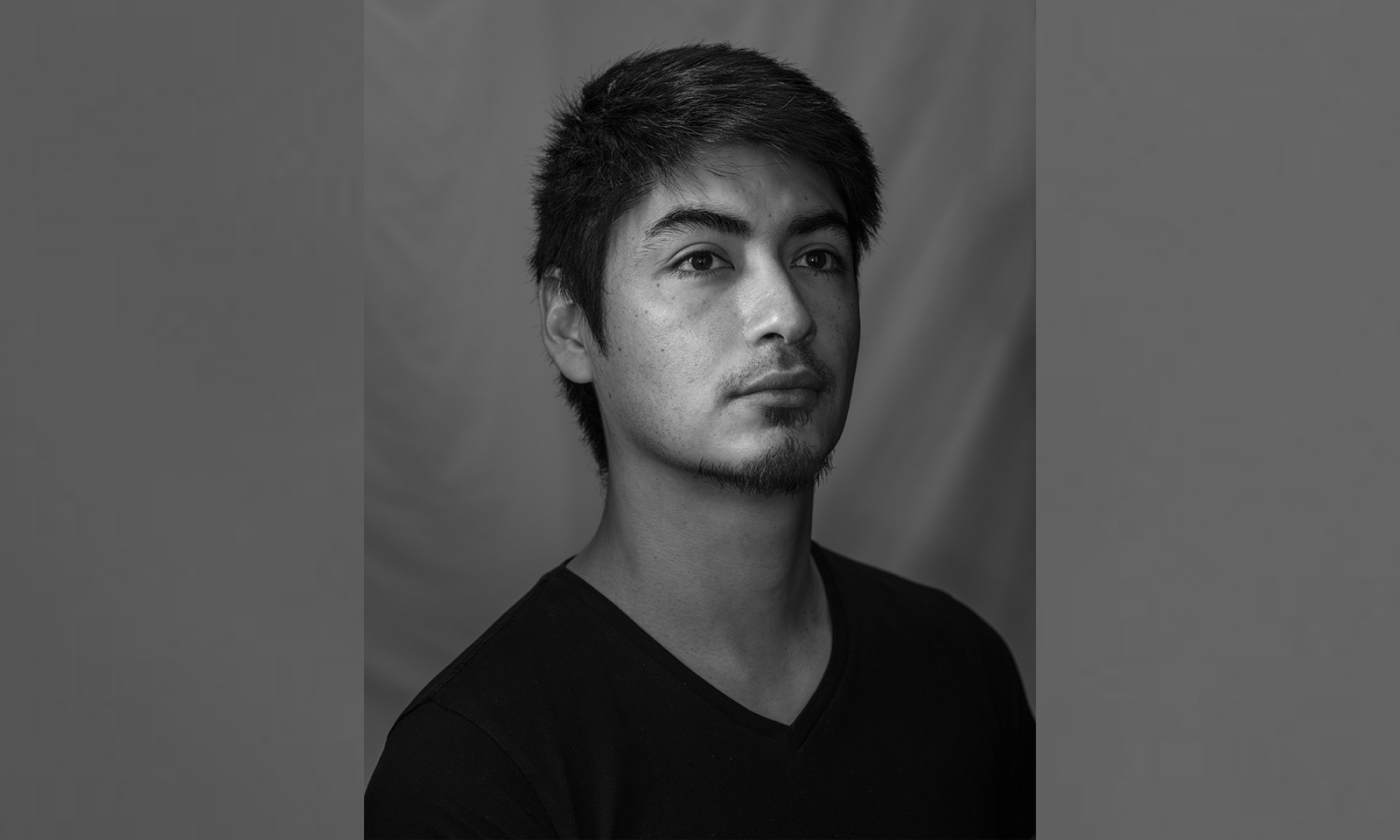 Born in 1987 in the border town of Acuña, Mexico, Fernando Andrade has lived in San Antonio, Texas, since he was seven years old. During Andrade’s early childhood years, it was considered safe for children to play outside and he remembers playing outdoor games with his family during those years. Today, however, the neighborhood where Andrade was raised is troubled with ongoing violence brought on by the leaders of drug cartels. Informed of the dire situation through stories told by friends and relatives, as well as by news reports, books, and online media, Andrade is disheartened that his hometown and other areas south of the U.S./Mexico border have become places of violence where people are disappearing or dying on a daily basis. Drug leaders intimidate and murder innocent victims, often disposing of bodies in barrels of acid or by filling garbage bags with body parts. For Andrade, the situation became personal in 2012, when a friend of his went missing, never to be seen again.

As an artist, Andrade copes with the turmoil in his native homeland with two distinct bodies of work: figurative drawings and abstract paintings. While the drawings are narrative explorations of the events taking place, the paintings are vehicles for nurturing feelings of hopeful joy and optimism.

In his figurative drawings, Andrade creates simple narratives based on stories he has heard about border violence. Believing that everyone has their own childhood memories and can identify with the innocence of youth, Andrade stages his scenarios using children in place of adults, a strategy for enticing viewers to engage in his conversation. He omits background details allowing viewers to project their own visualizations into each scene, and depicts wooden sticks, which he remembers playing with as a child, as metaphors for guns. In his series A Jugar la Guerrita (To Play a Little War), a young boy appears with a stick that is spewing off-color phrases in Spanish, in reference to the corruption that now pervades the region. In the series Tierra y Libertad (Land and Liberty), groups of children appear to be playing childhood games but, upon closer inspection, are surrogates for the perpetrators and their victims. In his God Bless America series, Andrade calls attention to the dangers of guns by superimposing intricately detailed images of branches over barely visible phrases relating to the American gun culture.

In his abstract paintings, Andrade expresses a freedom from the anguish that underlies his figurative works. Working improvisationally, the artist creates organic compositions that are colorful and animated. Viewing his process as a kind of spiritual meditation, Andrade becomes free to imagine cosmic visions that have rhythmic affinities with music or dance, and which celebrate the splendor and preciousness of life itself.

In his new body of work, Suspended Thoughts, Andrade explores the narrative state of mind taking place during the pandemic. By utilizing contrasting mediums, The artist attempts to capture the struggles of mental health by creating a pause in time through the use of suspended bodies in an abstract space.